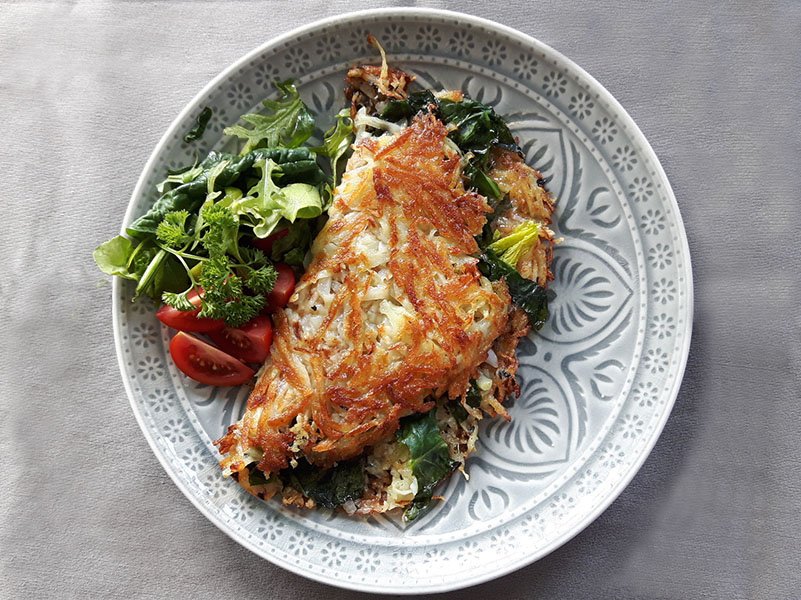 Grate the cheese and then the raw potatoes, chop the onion, slice the mushrooms, and wash and dry the fresh spinach. Heat a 22 centimeter frying pan on medium heat/flame. When the frying pan has reached a medium temperature, melt 1 tablespoon butter in the pan and add a dash of oil, briefly twirling the pan around so that the butter and the oil get mixed together nicely (the oil helps to keep the butter from turning brown). Then squeeze the water out of the grated potatoes and spread it out quickly and evenly over the bottom of the frying pan until it covers the entire bottom of the pan. Be careful not to lay it on too thick or it will not cook thoroughly. 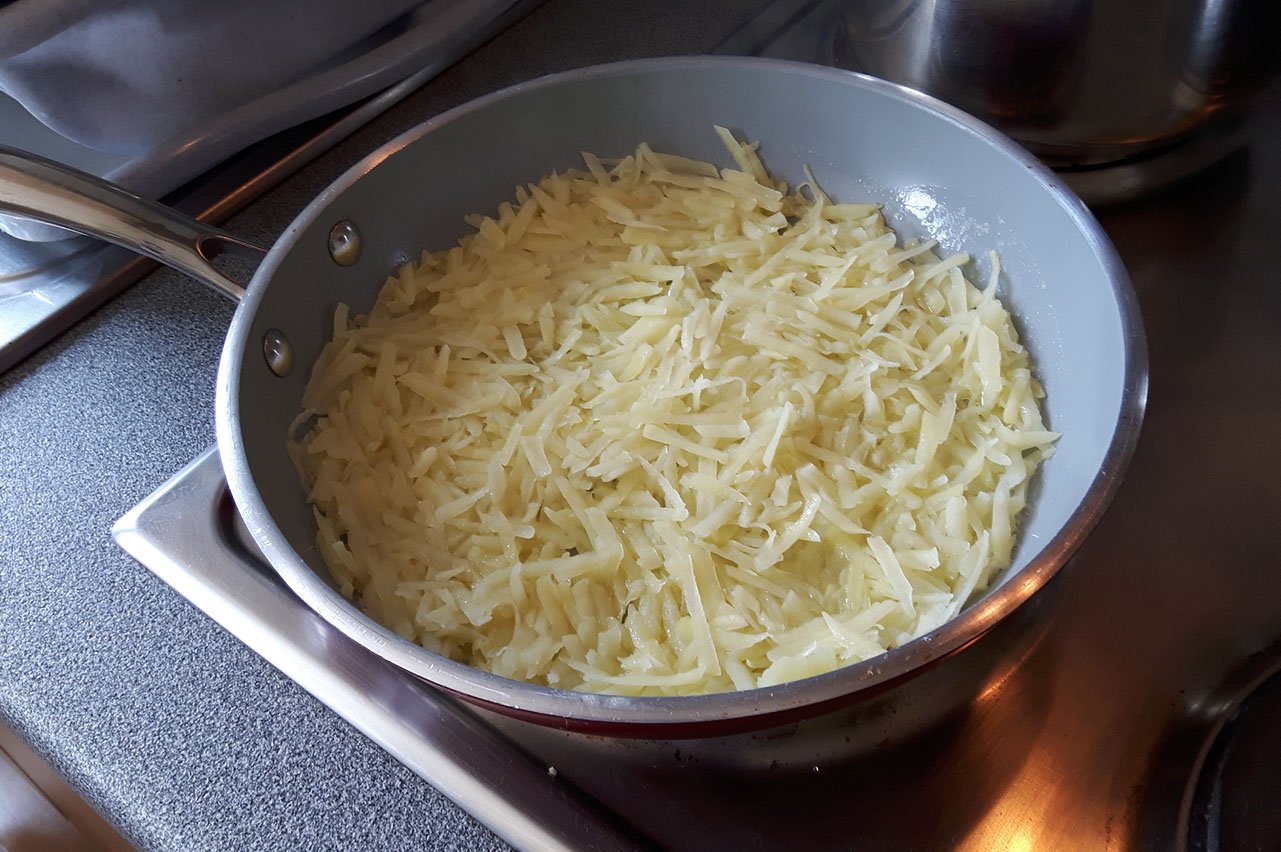 Cook for about another 3 minutes until the other side is also golden brown. Then you may either fold it in half before removing it from the pan or just slide it carefully out of the pan onto a plate, adding a dollop of sour cream on top if desired.

Note: If you prefer, you can leave away the cheese entirely and just serve it with more sour cream instead. Optionally you can add some diced tomatoes or thinly sliced celery stalks for more crunch, too.

This recipe makes one large “rösti”/ potato pancake. If you have to grate larger quantities of potatoes at one time, you might want to try adding several drops of fresh lemon juice to the grated potatoes and mixing it in thoroughly in order to help prevent the potatoes from turning brown before you fry them. The only tricky thing is turning over the “rösti”/ potato pancake but with a little practice you will surely succeed, though it might be a little more difficult if you don’t have a stainless steel cake serving dish and have to use a plate instead. As an alternative you can also make the “rösti” smaller so that it can still be turned over with a spatula; this will also work. 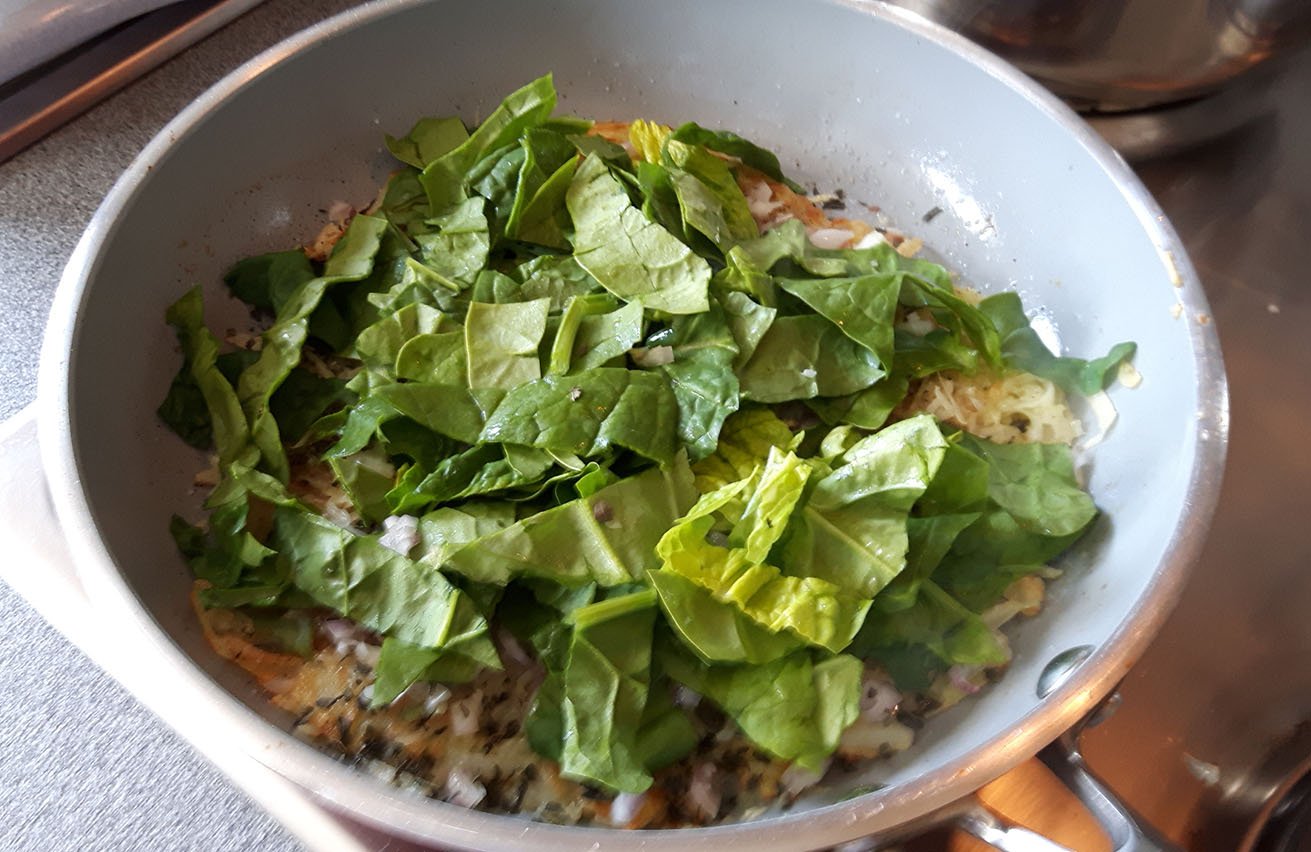